Brisk winds gusting to 28 knots greeted the Lymington River Scows  as they returned to Keyhaven for the  2016 National Championships on 9th and 10th July. Most of the fleet elected to reef before heading out of Keyhaven river for the West Solent, and of those that didn’t most had reefed before the start of the first race.

In the single handed fleet Eric Williams, winner in 2015, picked up where he had left off and led race one from start to finish, Cy Grisley and Jon Harvey traded places with the former taking second by a boat length, with Chris Sanders coming home fourth. Race two and three followed the same pattern, the exception being Chris Sanders took third from Jon Harvey in race three.

In the double handed fleet race one saw Sarah and George Richards set the pace pursued by 2015 winners Rory and Alex Paton, with Catherine Maguire and Agnes Putt in third place. Race two followed much  the same pattern with 2015 Juniors winners Jonny Tait and Max Pumphrey moving into third pushing Magure and Putt down to fourth. Maguire and Putt came back to win race three followed by the Patons and then Sarah and George Richards. At the end of the first day two points separated the first three double handed boats.

Sunday dawned with marginally lighter conditions than Saturday and again no one in the single handed fleet no one was able to get close to Eric Williams who took first place in races four and five. Chris Sanders took second in race four followed by Jon Harvey and  Cy Grisley. Race 5 followed form with Eric Williams coming home in front of Cy Grisley and Jon Harvey, James Young finishing fourth followed by Chris Sanders.

In the double handed fleet a gear failure in race 4 forced the retirement of Rory and Alex Paton, and effectively ruled them out of contention, while Catherine Maguire and Agnes Putt continued their form taking first place followed by the Richards. The decider, race five, was won by juniors Jonny Tait and Max Pumphrey, Sarah and George Richards finished second to secure the championship, followed by Maguire and Putt.

In his winners speech Eric Williams thanked Race officer Colin Dunford for the excellent courses and race management which allowed a full programme to be completed despite the challenging conditions which resulted in only 21 of the 37 entries completing the series.

Links to the relevant documents are below. 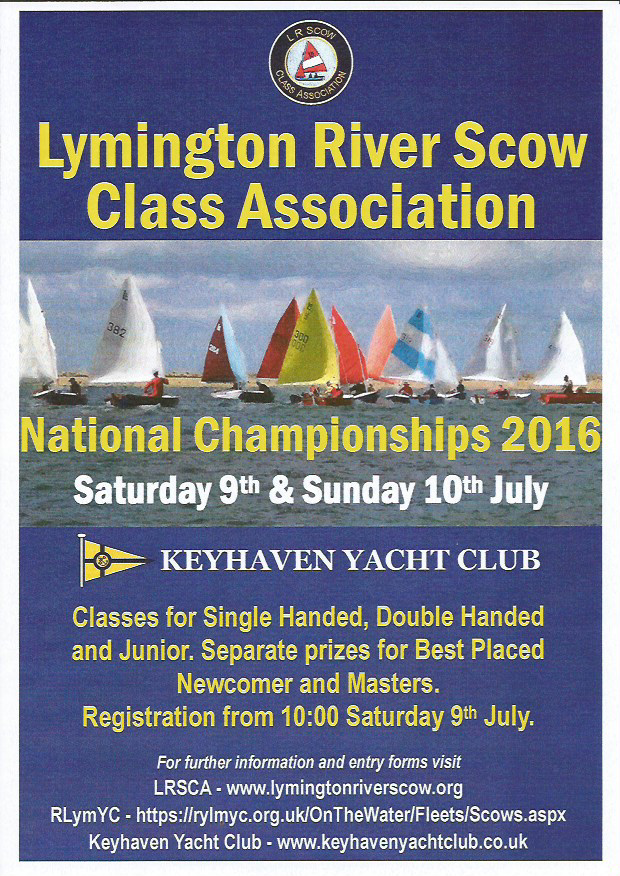