20th/21st June
The annual National Championships is a highlight of our Association’s year, this time hosted over the weekend 20th/21st June by the Royal Lymington Yacht Club   There were thirty seven entries (23 SH, 11 DH, 3 Junior) which satisfyingly represents almost a quarter of the Association's membership, the only disappointment being the absence of boats from outside the local area and the small number of Juniors, possibly because of other competing competitions. It was particularly good to see ‘Emily’ entering, the boat we presented to the Salterns Club last year. The event was a considered great success again both for the racing and as a social occasion.

All five scheduled races were held under varying conditions making for interesting variety. On Saturday a SW wind of 14kts gusting to 20kts provided good sailing to the west of the river mouth. On Sunday the wind had increased to around 20kts gusting to 25kts but more significantly it veered markedly from west to south west between the first and second races held to the east of the river. This gave Principle Race Officer Vince Sutherland and his colleagues in the four RIBs no option but to re-set the course and the sailors the challenge of increased wind over the turning tide. Around a third of the boats decided to retire before this last race. One helm, Jay Devonshire, took the trouble to beach his boat and reef the sail between these races, an action that surely paid off as he finished third. Happily despite the conditions no-one capsized during the racing.

The weekend was enhanced by a most efficient organisation under the leadership of Dick Moore, the RLym’s Scow Class captain, by the traditional gorgeous and plentiful cakes provided by members and friends at teatime on Saturday and the enjoyable party atmosphere for the evening dinner and entertainment attended by around 70 members and friends. Music was provided by Gary Leport and Tony Newton.

The builder John Claridge Composites generously donated embroidered polo shirts that were sold in aid of Oakhaven Hospice, raising £330. In addition to the Class Winners, the Masters’ Trophies for crews who declared themselves to be over 70 went to John Evans (SH) and to Dubbie Robinson & Ann Blacoe (DH) and the Keyhaven Commodore’s Trophy for a first-timer to our Nationals to Jay Devonshire. Every entrant received a souvenir Association mug or shoulder bag and all position winners received a prize of a miniature LR Scow crafted in glass by our member Jane Pitt-Pitts. 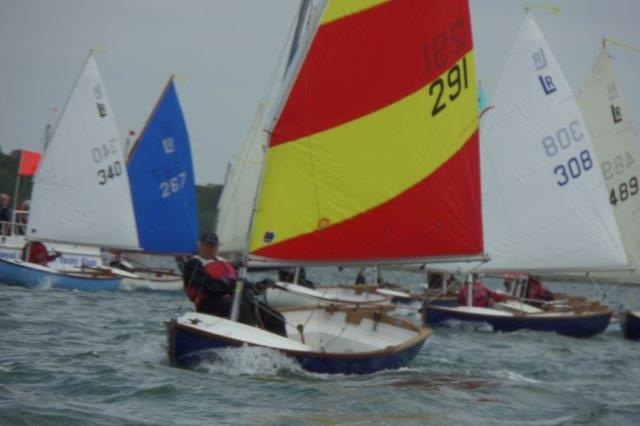 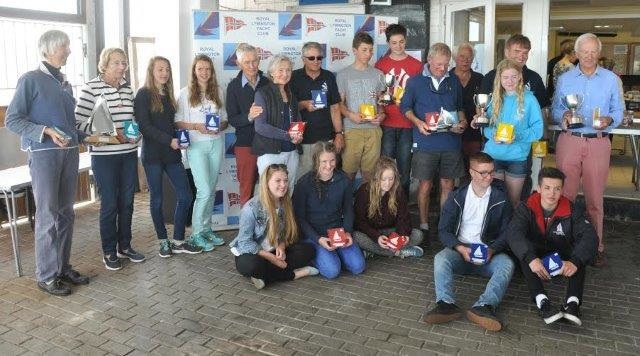